Electroneum has forked on July 5, 2018 (block 324,500) to a previous algorithm that reintroduced ASIC hardware and allowed them to mine the coin again. This article explains the reasoning behind for the fork.

The reason for the fork was to reintroduce the Cryptonight algorithm (instead of Cryptonight V7), which allowed ASIC miners to mine Electroneum once again. ASIC miners are specialized hardware created for the sole purpose of mining cryptocurrencies and nothing else. 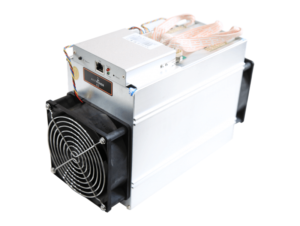 This decision was taken in an effort to reduce the effects of some GPU miners who mine the coin in waves, resulting in inconsistent block times and long delays in some transactions. This is described in detail below.

If you recall, Electroneum had a tech update fork on May 30, 2018 (block 307,500) which introduced several changes to the blockchain:

All these changes were introduced in order to make the blockchain more scalable and make it harder for malicious miners to take advantage of the algorithms. And all of them are working as intended, except for the first (removing ASIC miners). Let’s see why.

ASIC miners (hardware made specifically to mine cryptocurrencies and nothing else) can mine at hash rates that are considerably higher than GPUs. Their hash rates are so high that it makes GPU mining virtually unprofitable. Therefore, many GPU miners stopped mining when a compatible ASIC was introduced in April 2018.

And so, removing the ASIC miners in the fork on 30 May had the effect of reducing the global hash rate from nearly 2,000 MH/s down to 86 MH/s as seen in the graph below.

This drop in hash rate was expected and, in fact, intended. The whole idea was to drop the hash rate low enough for GPU miners to mine profitably again.

However, this change introduced some unexpected problems…

Several malicious miners realized that they could rent hashing power from marketplaces to mine Electroneum and still make a good profit above the cost of renting.

However, this was only profitable at certain times. Whenever someone suddenly introduced a lot of hashing power that mines the blockchain, that person could mine a large number of blocks fast at relatively low difficulty. This was due to the difficulty algorithm slightly lagging behind (read an explanation here) – and this was the feature that was exploited.

So when these guys unleashed a large amount of hashing power on the blockchain (typically double the global hash rate as you can see on historical data here), it took an hour or two for the difficulty to increase in response to the high hashing power. And when it did increase, it increased a lot – so much so that it was no longer profitable for those malicious miners to continue.

As would be expected, they then turned off their machines, effectively removing that large amount of hashing power from the blockchain again.

This left the original GPU miners to mine at a high difficulty and with a low global hash rate. Blocks now took anywhere from 1 to 3 hours to get mined. And since the difficulty algorithm lagged behind, it took several hours for the difficulty to start dropping to normal levels again.

Finally, when the difficulty did reduce to the level it was before, the malicious miners jumped at the opportunity and started the process all over again, sending the difficulty skyrocketing once again.

You can clearly see the cyclical difficulty waves when looking at a graph of the difficulty for the 2 weeks leading up to 5 July 2018, as shown below:

Electroneum users would have to wait very long for their transactions to get processed. And since Electroneum’s whole mission is to be a mass-adopted coin with thousands of micro-transactions per day, this was not going to work going into the future.

Therefore, to resolve the issue, Electroneum decided to fork again on 5 July to allow ASIC miners back in. All the other changes that were made in the 30 May fork were retained, with the exception of ASIC-resistance.

Doing this prevented the malicious miners from mining ETN in waves, and stabilized the block times to a constant average of 2 minutes as it was before.

When the fork occurred at block 324,500, blocks were mined very fast initially until the difficulty started to respond to the increase in hash rate. Once it increased, it stayed at a higher level to balance with the large hashing power deployed by ASICs.

This brought block times to a stable average of 2 minutes once again.

What Does This Mean for GPU and CPU Miners?

Unfortunately, due to the incredibly high hashing power of ASIC miners, GPU and CPU mining were rendered virtually unprofitable. GPUs and CPUs will still be able to mine Electroneum, but their rewards will be so little compared to ASICs that it won’t be worth the effort. They will end up paying more in electricity costs than what they gain in mining profits.

This was a bitter decision for the team to make. However, the changes will see to it that the majority of the 2.0 million user base (who are not miners) will benefit the most.

This is in line with Electroneum’s mission to be a scalable, mass-market coin that can process many transactions in a short period of time. Therefore, having a constant block time average is of absolute importance going into the future.

Other Ways of Solving the Issue

Other methods of solving the issue were limited and would have been only temporary solutions.

One possible solution would have been to alter the difficulty algorithm. However, ASIC manufacturers are constantly in the process of creating new and improved hardware to mine new algorithms. So it would only be a matter of time before a new ASIC was released for the updated algorithm, after which ASICs would be able to mine the coin once again.

In fact, rumors have it that a programmable ASIC will be released later this year. This means that users themselves can program these ASICs to mine any algorithm. At that time, it will be nearly impossible to prevent ASIC mining of any sort.

So it was better to embrace ASIC mining rather than wasting development resources trying to stop them in the short term.

Another solution would have been to work with some of the large pools and implement code that would block these malicious miners. However, this action will cause the pool owner to lose profits (in the form of fees charged for pool mining), and so wouldn’t be aligned with his/her best interests.

Moreover, there will always be another pool that will accept these malicious miners with open arms. In fact, if no pool wants to accept them, they can create their own pool server and be back in business fairly easily. So this approach was also futile.

Is My Electroneum Coins Safe?

This entire process posed no threat to the safety of your Electroneum coins. Whether you held coins in a paper wallet, exchange, or online wallet, your coins were all safe during the fork.